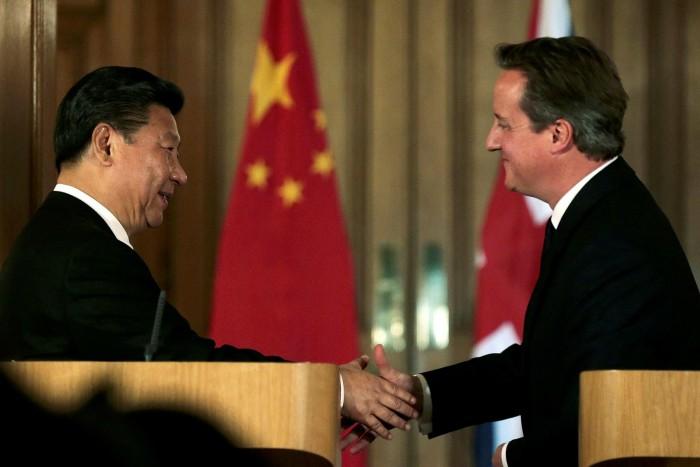 On the 25th of May 2021, the UK government announced the establishment of the new Research Collaboration Advice Team (RCAT) within the Department for Business, Energy and Industrial Strategy (BEIS). The task force will aim to protect the UK’s research sector by providing government advice on sensitive security-related topics.

What is the RCAT?

The Research Collaboration Advice Team (RCAT) under the BEIS will consist of 10 to 15 advisors with national security expertise. The team is based in Manchester and is expected to begin operations by October 2021. The team can operate in two ways. According to BBC, the advisers will reach out to research institutions to provide advice upon independent investigations, as well as, providing guidance upon request from universities after having identified potential risks within ongoing projects.

Why was the team introduced?

During the past years, the UK government has come to view China as a  “hostile actor”. For example, three Chinese Journalists were asked to leave the country based on espionage allegations. The task force is one of the first steps of this government to formalise its protective plans.

Advice from the team is expected to ensure the works of researchers are protected, which prevents the UK from being vulnerable to “disruption, unfair leverage, and espionage”. Ultimately, this seeks to achieve a balance between scientific collaboration and the UK’s national security.

Under the primary objective to safeguard the UK’s research sector, its core is an extension of Sinophobia.

The case against China

The most prominent allegation to China comes from the think-tank Civitas, that the UK’s education sector is not only growingly dependent on Chinese income but is also having closer ties with universities or companies linked to the Chinese military.

The risk of growing financial dependence was forwarded from an assessment of Sino-British research collaboration led by former universities minister Jo Johnson. The report found that higher education exports to China is the single largest service export of the UK. In 2019, more than a third of the UK’s non-EU students were Chinese, and the net value of hosting these students was approximately £3.7bn. Even in 2020, £2.1 billion was paid as tuition fees according to the Daily Mail.

The latter risk of academic collaboration with China was highlighted by the Centre for the Protection of National Infrastructure, that such exposure could facilitate the country’s military, commercial and authoritarian interests. Civitas believes some of the most sensitive collaborations involve “dual-use” technologies — such as facial recognition, drone or aerospace technology — which can have both civilian and military applications. There are two main ways the ties are knotted, via inter-university collaborations, and admission of Chinese students in sensitive programmes. For example, Queen Mary University of London has established a ‘collaborative partnership’ with China’s Northwestern Polytechnical University, which specialises in military technology. And a survey conducted by the Henry Jackson Society think-tank amongst students discovered that many Chinese students surveyed were studying militarily sensitive subjects in the UK, including nuclear physics, aerospace engineering and high-tech material science.

However, we should not take the word for its ‘good’. Senior administrators of the Russell Group have expressed their concerns to the Financial Times. This bureaucratic process is very likely to have dampened the UK’s pitch for a global player. In addition, others have pointed out that “the toughening regime” will simply result in more rejections to Chinese applicants.

Unfortunately, the policy subjects the vast Chinese students to an unfair treatment. It’s unfair because it generalises a misty picture to the majority of Chinese students and risks their academic future. It is also unfair to treat Chinese students as money cows but at the same time project an implicit xenophobic culture against them.

First and foremost, the prevention of the ‘misuse’ of designated research does not have to come with the cost of academic freedom. ‘Misuse’ of these technologies would only take place when the academic collaborations have completed, yet the introduction of RCAT fast forwards the screening process to the beginning of these studies. This means many students do not have the benefit of the doubt as they will be subjected to the risk of rejection when they have not in fact ‘misused’ the research. While it is not the purpose of this article to propose a panacea, many alternatives can be directed. For commercial misuse, greater advocacy on patents on an international scale can prevent the initial developer from being harmed in global competition. As for potential military technologies, the government could have a more explicit policy on what is allowed to collaborate and what is not. Because the government has not fully excluded foreign students from enrolling in such research.

As for academic freedom, the introduction of RCAT risks barring more students than necessary. While it may seem logical for British interest to bar some Chinese institutions with closer ties with the Chinese military from collaborating with UK universities, some with indirect connections may be unfortunately disadvantaged. Students interested in subjects with sensitive national interest are presented with a high level of academic background in the application process. For most students from China, only the top STEM universities of China have the ability to educate and prepare them for that application standard. Being some of China’s best STEM schools, these universities obviously, are also the key pillars of the country’s research institutions, both commercially and militarily. This presents the students with a dilemma of being potentially rejected for military ties of the university or not being able to have the academic background to apply to the UK’s top universities. In addition, the proposal hints at a unilateral image that these academic collaborations would only involve Chinese institutions acquiring from the UK, instead of mutually contributing.

Furthermore, the argument of financial dependency, especially from fees collected, is incredibly unfair. Even in the wildest imagination, I could not see a world where given the opportunity to pay equal tuition as locals, Chinese students would willingly pay triple that amount to preserve the UK’s financial dependency on them. While Chinese students are one of the largest student populations, the £3.7bn revenue was also contributed by the triple expensive international student fee. The vast majority of students have no option but to pay the monopolistically chosen price, let alone using it as leverage. In other words, the UK’s dependency on Chinese income is manifested by its tuition fee system.

In sum, the introduction of RCAT at first glance would serve as a safeguarding measure should the UK choose to pose China and Chinese students as a foreign threat. But in reality, application of RCAT causes a range of unnecessarily affected impressions of Chinese students in the UK. It is hard to say how much of that is entrenched to sinophobia. Students will suffer an unnecessary risk and fear of being seen as a potential “spy” while being treated as cash cows.

Yizhang is currently a Philosophy, Politics and Economics student at UCL