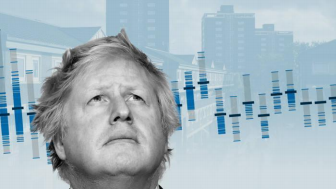 The chancellor, Rishi Sunak, announced a £4.8 billion UK-wide Levelling Up Fund to “support town centre and high street regeneration, local transport projects, and cultural and heritage assets” in his Budget 2021 briefing. It seems like, after over a year and a half’s waiting, the government is finally set to deliver its electoral promise to “level up” the UK. But having experienced an unprecedented pandemic and an appalling departure for the EU, the PM’s hope to “level up” the UK is growingly challenging. This article will focus on some of the newly emerged challenges ahead of the “levelling up” agenda since it was first introduced.

“Levelling up” refers to the scheme of policies aiming to close Britain’s regional economic disparity. Currently, the primary policies are focused on reviving local high street economies, larger regional “levelling up” plans are yet to be delivered as the government has been focused on the pandemic. Throughout the years, Britain’s region division and devolution system have made it difficult to identify the “left behind” regions. The New Labour two decades ago focused on the English regions while the Tory-Lib Dem coalition emphasised a new city region/mega-region division. Neither was significantly effective. To some extent, this inconsistency and inaccuracy of policies are why we are still left with this challenge today. But the division of regions is not the only complex matter; the measurements of inequality are also very dynamic. That includes public spending, labour supply, capital investment, infrastructure, and the list goes on.

With some background information in mind, we can have a look at the challenges ahead in the following three respects.

Challenges before the pandemic

Even before the pandemic, the UK had always been one of the most geographically unequal economies within the developed world. This disparity is reflected in many measurements, for example, the GDP, productivity, and infrastructures. But the disparity at the heart of regional differences in labour supply. Labour market supply is decisive to economies, sufficient supply and an educated labour force can help the economy to boost its productivity and output level. In the UK, the thriving south is both the hub of Britain’s labour market and the home to some of Britain’s most educated labour forces. Take the education level for example, in 2018, around 65% of inner London residents have tertiary education, while that figure of Greater Manchester was only 39%.

There are potential solutions to this problem, but far-fetching costly. A key contributor to London’s wealth of labour supply is its transportation network (rail and highway) that allows commuters to travel from surrounding regions (even beyond the Greater London area) to work in the city. The current government has envisioned building something alike for the northern powerhouse as a part of the levelling up scheme. The plan is to connect the northern region including Hull, Leeds, Liverpool, Manchester, Newcastle and Sheffield via a network of railways and create an aggregated economy. Similar to London attracting labour supply from beyond Greater London, the plan hopes to allow these cities to attract labourers from areas beyond their current capacity. As Transport for the North predicts, this will support the creation of more than 850,000 jobs in the North of England by 2050 and an extra £100 billion into the economy. But the North cannot count on the rail just yet, as the estimated completion date could go beyond 2040. As an additional challenge, the government will have to dedicate itself to the construction of the Northern Powerhouse Rails should any obstacle occur in the future.

Capital investment is another factor of the UK’s spatial inequality. Using the same example of London, we could see how under-invested the “left behind” regions are. In London, the average investment is £1,456 per head, versus an average of £891 in the rest of the UK, and just £621 in the East Midlands. With less capital investment, the “left behind” regions are in lack of ability to facilitate and attract businesses. The government must find a way to not only grant subsidies but also attract market investments to guarantee sustained growth.

Despite the Chancellor’s post-Brexit support, the departure from the EU has mainly attracted pessimistic comments to the project. Research led by the University of Birmingham concluded that the competitiveness of the “left behind” regions are predicted to be affected following Brexit. The manufacturing sector has some of the most vulnerable industries. Unfortunately, the team found out that these industries’ geographical location meant the economically weaker areas (in other words “left behind” regions) are far more affected by Brexit compared to economically prosperous regions. At first glance, this makes “levelling up” more difficult because the growth ceiling is limited by being less competitive against EU economies. But those more prosperous British regions are not hit as hard, thus, the adverse effect of Brexit also actively widens existing inequality. Of course, Brexit isn’t entirely negative. The economic autonomy recovered paints a promising future, but this is at the premise of all regions working together.

This pandemic has made almost everything harder. Predictions from the Centre for Cities indicates that the “levelling up” agenda is now at least four times harder to achieve. Spending challenges are important, but they more or less affect regions in the same way. The primary issue is the burst in unemployment. Looking at those claiming unemployment benefits, the gap between the North and the Midlands has quadrupled. Unemployment growth is also taking place in the relatively prosperous region, accounting for 43% of those starting to claim unemployment benefits. This may close the gap but surely not in the desired direction. The goal is to lift the “left behind” regions up, not to make prosperous ones less prosperous. With this double whammy in the UK, the challenges differ in regions. Those suffering both from previous economic disadvantages and COVID-19 effects are some of the most unfortunate regions within the UK, including Birmingham and Blackpool. They have a weaker ability to recover from the pandemic simultaneously suffering damages to their already vulnerable economy. Among the “left behind” regions, those less affected by COVID-19 are the more fortunate ones.

At the end of the day, though it may be harder, the government is still liable to keep its promise to “level up” the UK, irrespective of the additional challenges that Brexit and the pandemic may impose. With the newly announced Levelling Up Fund in place, I’m sure there’s more to expect from the government.

Talbot, C. and Talbot, C., 2020. On the level: What does the government mean by levelling up?. [online] Civil Service World. Available at <https://www.civilserviceworld.com/in-depth/article/on-the-level-what-does-the-gove rnment-mean-by-levelling-up> [Accessed 24 February 2021].

Magrini, E., 2021. How has Covid-19 affected the levelling up agenda? – Centre for Cities. [online] Centre for Cities. Available at: <https://www.centreforcities.org/blog/how-has-covid-19-affected-the-levelling-up-age nda/> [Accessed 24 February 2021].